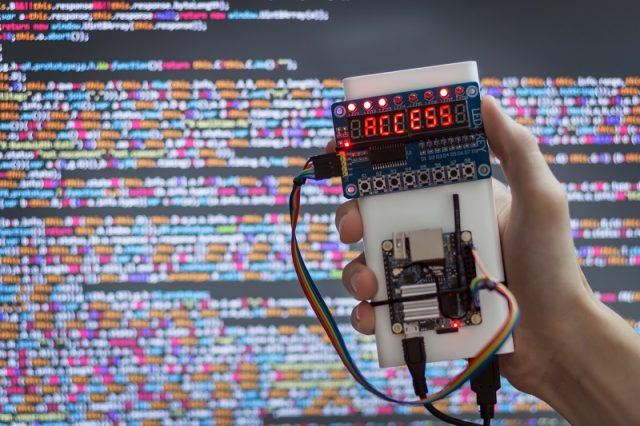 Data breach has become more common every year. According to the Identity Theft Resource Center (ITRC) data breach 2021 report there were over 1291 data breaches that exposed more than 7 billion records last year. Data breaches can harm your company’s reputation, bringing production to a halt, and even cause enough financial harm to send your company under. In this article, we will review what is data breach and how to stop one?

What is a data breach?

A data breach is a cyber-attack where unauthorized individuals gain access to sensitive personal or confidential information. When a security breach occurs, the hacker can steal and misuse personally identifiable information (PII) such as social security numbers, credit card details, bank account numbers, and even your protected health information (PHI) that could be used for fraudulent activity. A data breach on an organization leads to the release of client information or internal content, moreover, it can be intentional (theft, sabotage) or unintentional (internal error).

Among the data breaches, this year, the manufacturing and utilities sectors were deeply affected, accounting for 48 breaches and 48,294,629 victims. The healthcare sector was second, with 78 compromises and more than 7 million victims. In addition, financial services, government, and professional services each sustained more than 1.5 million victims.

How do breaches happen?

Data breaches come in many forms. In the case of Asian delivery and rental company Bykea, it was a lack of server encryption. A flaw in Facebook’s address book contacts import feature was their undoing. Cognyte let an unsecured database get indexed, Twitch got hit due to a bad server configuration, and for T-Mobile, it was weak access control points.

Unencrypted Data – It is simply plaintext or unaltered data that can be accessed by anyone. This can be sensitive information stored online on cloud servers with no layers of protection. By using encryption, you can prevent brute force attacks and cyberattacks, such as malware and ransomware. Using encryption, data is protected while being transmitted in the cloud or on a computer system.

Phishing – This is the most common hacking technique, that can trick an employee into clicking on a link or opening an attachment. Phishing attacks are used by hackers to gain direct access to a target’s email, social media, or other accounts or to change or compromise connected systems, such as point-of-sale machines and order processing systems.

Spyware – This is a type of malware that tracks your activity until a hacker has what they need to strike. Employee’s don’t even have to download an infected file to get tagged with spyware,

Worms – This is a type of malware hackers install onto a system’s memory. Once installed, worms infect your entire system, stealing data directly, changing system files, or opening a backdoor for hackers to control later on.

Virus – This relies on an employee activating the infected file themselves. The majority of viruses are downloaded from shady websites, usually by people who have no idea what they’re doing. This is another example in support of employee cybersecurity education.

Trojan horses – Attacks of this type pretend to be another program. If you attempt to pirate software or download it from an untrustworthy source, it will often come packaged with a trojan horse. After you’ve installed your program, it often works as it should, but at the same time, a trojan horse is collecting your data or controlling your PC in the background.

Ransomware– The most obvious and dangerous type of malware is ransomware. Viruses, worms, and trojan horses make it onto the computer, and it then annihilates it. To unlock the victim’s system, hackers force them to pay a ransom, often in bitcoin. Victims of cyber-attacks have in some cases paid millions of dollars to get back access to their networks.

How to prevent a data breach?

A data breach is a threat to every organization. It can happen to anyone, from the smallest e-commerce company to the largest bank. Although it’s on the rise, It can be avoided if you know how.

The first step is to stop thinking about your data as “yours” and start thinking of it as “theirs.” The security of your data is no longer just about what you can do to protect it; now, it’s also about what others can do to steal it. It’s not enough to secure your own network. You must also take steps to secure the networks and computer systems of those who connect to yours. Below are the best practices to follow to prevent data breaches:

To wrap things up

A data breach can happen to anyone and when it does, it’s not just your business that is affected. It’s your customers, employees, and brand. To mitigate the risks of a data breach by implementing a strategy that fits your organization’s needs it is important to invest in full-proof security and follow the best practices. Data breach response plans and the security infrastructure vary from organization to organization.

But you don’t have to go it alone. Partnering with a data security and managed IT services provider who understands your business and application needs can help set you up for success. Cisco, Symantec, Transunion, Protenus, and Protected Harbor are some of the top data breach solution providers. With the growing number of data breaches, it’s imperative to have an effective solution in place, so don’t waste any more time, get protected today.

Is your App HIPAA Compliant? What happens if it’s not?

The top cyberattacks and healthcare data breaches of 2021

How to Protect IoT and Devices from Hackers in 10 steps.

Editor - February 25, 2022 0
Healthcare
The Health Insurance Portability and Accountability Act (HIPAA) is more important than ever to today’s healthcare industry. HIPAA compliance must be ensured to safeguard...

Top 5 ways for large hospitals to secure their data