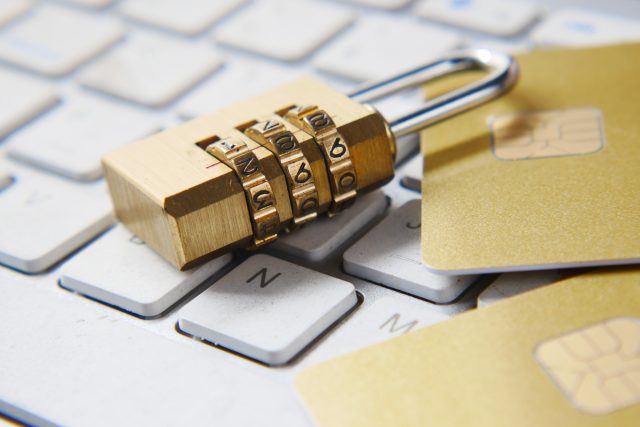 If you think about healthcare organizations just a decade ago, most were not using cloud-based services or IoT devices. The majority of their data was stored locally. If there were any wireless devices on the network, it was likely for convenience for staff members, but not for patient care or storing data.

One of the most effective ways to resolve this issue is to leverage advanced encryption techniques. Encryption is one of the most crucial methods to secure data online. Encryption is a cybersecurity measure protecting sensitive data using unique codes that encrypt data and make it unreadable for intruders. In this paper, we will discuss fast speed symmetric encryption, secure asymmetric encryption, and hash functions. Then we’ll figure out the importance of encryption and how can end-to-end data encryption prohibit data breaches and security attacks.

To get secure in this digital world, the fundamental necessity is to hide sensitive data and information from unauthorized users or malicious actors. Encryption is the best way to protect data from being hacked. It’s a process of making data and files unreadable using an encryption key, so if somebody tries to gain access to sensitive data they only see gibberish. Encryption provides security and privacy by hiding information from being shared or hacked by malicious actors. To preserve the integrity and confidentiality of data, encryption is an essential tool whose value can’t be overstated.

The encryption takes place through a proper process. The data that needs to be encrypted is known as plaintext. This plaintext is passed through some encryption algorithms. Apart from it, an encryption key is required using which the plaintext is converted into ciphertext. When the data is encrypted, instead of sending plaintext, the ciphertext is sent over the Internet. Once it is reached to the receiver, they use a decryption key to convert ciphertext into the original readable format.

What is Symmetric Encryption?

What is Asymmetric Encryption?

What are Hash Functions?

A hash function is a unique identifier for a set of data or information. It’s a process that takes plaintext data and converts it into unique ciphertext. Hash functions generate unique signatures of fixed length for a data set. There is a unique hash for each data set or a message that makes minor changes to the data or information that is easily traceable. Data encryption using hash functions can’t be decoded or reversed back into the original format. Therefore, hashing is used only as a technique of verifying data. Hash functions are used to ensure data integrity, protect stored passwords, and operate at different speeds to suit different processes.

Importance of Encryption in healthcare

For healthcare businesses, encryption is one of the most useful data protection solutions. Even if attackers obtain access to the data, healthcare providers and business associates can make it more difficult (preferably impossible) for them to read patient information by encrypting data in transit and at rest. HIPAA makes recommendations but does not require healthcare organizations to implement data encryption measures; instead, the rule leaves it up to healthcare providers and business associates to determine which encryption methods and other measures are necessary or appropriate in light of the organization’s workflow and other requirements.

There are a lot of reasons for using encryption techniques. Its importance can be defined by the following points. Encryption is important for data security because it provides:

As recommended in the HHS HIPAA Security Series, Health IT Security addresses the two essential considerations that healthcare companies should examine when evaluating an appropriate amount of encryption and whether encryption is required:

What data should be encrypted and decoded to avoid unwanted access to ePHI (either by unauthorized persons or applications)?

What decryption and encryption technologies are required, reasonable, and suitable in this scenario to prevent unauthorized people and apps from accessing sensitive health data?

Protected Harbor’s CEO, Richard Luna, claims that encryption is especially important in the mobile environment “where providers are talking with one another about a case or a series of instances that they may encounter with patients who have a set of opportunities, problems, and situations.” You want to keep that information safe.”

Insurance information, medical data, and social security numbers are examples of PHI. Due to a lack of encryption, healthcare organizations should not risk disclosing this information. Protected Harbor’s products are HIPAA-compliant and may be readily integrated into existing healthcare systems. Contact us today to learn more about how we can help you protect your PHI with our hardware encrypted solutions.

How Does the Dobbs Ruling Affect Healthcare IT and Patient Record Security?

Should you Trust the Zero Trust Security Model?

Is your App HIPAA Compliant? What happens if it’s not?

Editor - July 25, 2022 0
Cybersecurity
Download eBook When it comes to cloud migration, there are plenty of risks involved. Every business considering migrating its IT infrastructure from a traditional data...

Top ways to minimize the risks of IT system attacks.

How to Secure Mobile Medical Device from Hackers in 10 steps.